Vicki Davis has just posted on Cool Cat Teacher a wonderful reflection written by her on the plane back from the first Flat Classroom Conference in Qatar. It brought back so many memories for me and I went back to the Ning and found my writings after that experience. As I reread it today I realized that the thoughts and feelings I had when I wrote the following words are as true today as they were then. The world today in the Middle East is still constantly changing and there are so many challenges and yet when I look back on those five days in February 2009 I am reminded of the things that are truly important not only to me but also to the incredible people I met. We are not political systems or cultures but individuals who desire for peace, family, love, laughter and honour. It truly was a watershed moment.

Reflections of the Flat Classroom Conference in Qatar Experience

It has taken me a while to recover from jet lag and get my thoughts together. Unlike many that I met at the conference I am on Chinese New Year vacation and so did not have to go back to work immediately. Tomorrow, Monday, we will begin again so I figured it was time to focus on this past week.

It is hard to find the words to describe the experience of the Flat Classroom Conference so I am just going to comment on some things I learned about the world and about myself.

1) I,like many other westerners, was very nervous about going to the Middle East. As part of the generation that watched the American Hostage Crisis for 444 days during the Carter Administration plus the growing wars and terrorism I have been indoctrinated with a fear of men and women who wear robes and head coverings. Even in Canada, my heart would beat faster and I would be uncomfortable whenever I would see someone of Middle Eastern descent on the street. I have been programmed that head coverings and robes were synonymous with terror and while it was not my intention to become prejudiced, or judgmental that obviously happened. Seeing Arabic writing confused me and also scared me. I find that unusual as I live in a country that uses characters as the written language and I see a beauty in those. I arrived in Doha with all of these fears and stereotypes spinning in my mind.

How four days can change a person’s viewpoint and comfort zone. I leave with a understanding that no stereotypes actual exist but are created by the media and by fear. I leave with an understanding that people all over the world are the same though the clothes and cultures may be different. A love of family, country, and friends exists in all nations. A desire for a better world, a desire to solve our global problems together, a desire for information and education and a desire to share openly and willingly exists. I leave with an appreciation of the elegance of the traditional dress. I leave with memories of laughter as we all shared common experiences. I leave with the memories of the beautiful friendly eyes of the Qatari woman who were veiled, of their help and their willingness to help. I have memories of an incredible sense of fashion, beauty and a love of family. I learned to appreciate the flowing scroll of the Arabic language as I saw it written beside trademarks such as Carrefour, McDonalds, Burger King, KFC, Mercedes, Valentino and Gucci.

How did this happen? Mostly through an incredible group of students from western, middle eastern and asian countries who led the way while they worked together and formed bonds, created projects, made themselves vulnerable to each other and to adults. It happened through listening to the pride the Qatari residents and expat have in the development of the country and surrounding regions.

2) I have come to the digital world rather late. When I graduated from university in 1974 the world was changing but schools were very much the way they had been for my parents and grandparents. I was taught to teach in the manner that I had been taught. I used areal blackboard and white chalk. It was creative for my students when I used coloured chalk on the board. Today I teach on the other side of the world in a classroom with two computers, a scanner, an Interactive whiteboard, wireless connection, video and digital cameras and I have access to most technology I want.

I am surrounded by students and teachers who have grown up in a digital and I work hard to not just learn how to teach in this world but also to be a leader. Therefore, it was so encouraging to attend an international collaborative conference, along with other eager educators who have many years of experience and who are willing to go through the uncomfortable change that must happen to become master learners in the 21st century. It felt good to meet members of the baby boom generation. 🙂

3) I also learned to begin to hope again. To see promise in the future. The students who came to Qatar were not just a part of the conference but led the way. It gives me new focus and a determination to move forward and create authentic global connections with and for myself and my students.

Thanks to Julie, Vicki and everyone involved in creating this incredible experience. Thanks for the new global friends I have made and thanks for giving me the opportunity to travel to the Middle East and learn so much. I hope I can somehow share it all.

Welcome to your brand new blog!

This is a sidebar and can be changed in Widgets in your dashboard.

You can also modify number of sidebars in theme options!

This work is licensed under a Creative Commons Attribution-ShareAlike 3.0 Unported License. 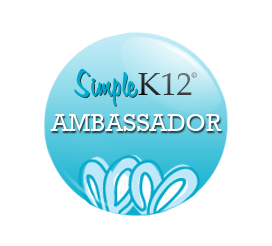